There are 4 direct trains a day from Khon Kaen to Bangkok.

Use the Search Box below to buy your train tickets from Khon Kaen to Bangkok.

The daytime departure at 09.32 is a convenient option with passengers arriving in central Bangkok during daylight hours. This train has all air conditioned carriages and meals and drinks are included in the ticket price. The overnight trains take up to an hour longer, which makes little difference to passengers with sleeper berths as all three overnight trains are scheduled to arrive in Bangkok very early in the morning.

The benefit of booking in advance online is that you can guarantee that your preferred ticket type is available on the train you plan to take. 1st and 2nd Class tickets sell out in advance of the day of travel on busy days.

About Travel to Bangkok

There are two fast services from Khon Kaen to Bangkok each day which have tickets available to book through Thailand Trains. It takes around 90 minutes longer to do the journey by train than it does by bus. However, Train #26 has sleeper berths and a restaurant car which make the train a lot more comfortable than a bus, particularly for overnight journeys. The other option is to fly from Khon Kaen to Bangkok which is between 300 THB an 900 THB more expensive than using the train and then you need to take account of the cost of getting to and from the airport. 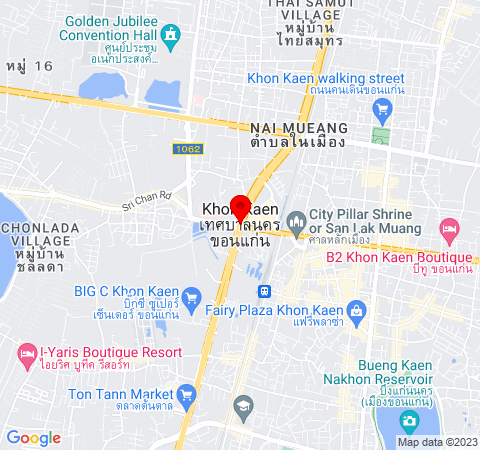 From Bangkok’s main train station, Hua Lamphong, there are two easy public transport options as well as lots of taxis and tuks.

Next read about Hotels near Bangkok Railway Station