By train it takes 2 hours 30 minutes to 4 hours to travel 155 km from Pattaya to Bangkok. The trains serving this route have 3rd class fan seating only. The first train of the day is a very slow train stopping at 27 stations on route before arriving at Bangkok’s main railway station. Most travellers on this route choose a to take bus or minivan over a train because it tends work out as a lot quicker than travelling by train once you take account of the frequent delays on Thailand’s Eastern Railway Line.

Trains Times from Pattaya to Bangkok

There are 2 direct train services a day from Pattaya to Bangkok.

Buy Tickets from Pattaya to Bangkok

Use the Search Box below to buy travel tickets from Pattaya to Bangkok:

Tickets for train services from Pattaya to Bangkok are very cheap costing 31 to 48 THB depending upon which train you take. Tickets for 3rd class fan seats on Train #284 can only be purchased at the train station on the day of travel and are not available to buy online. You can, however, buy tickets for Train #998 as well as bus and minivan services from Pattaya to Bangkok online using the Search Box above. 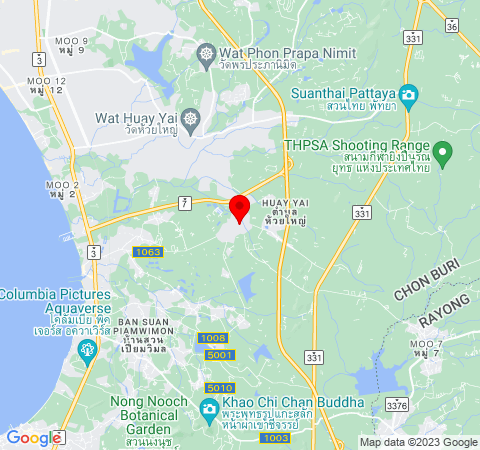 Cabbages & Condoms is a very popular Thai restaurant located on Sukhumvit Soi 12 in Bangkok. The unusual name relates to the charity which runs the restaurant, Population and Community Development Association, and profits from the operation of the restaurant go towards the charity’s effort to promote family planning and sexual health in rural areas of Thailand.

Cabbages & Condoms is a large restaurant with indoor and outdoor seating. The garden area is lit with strings of lights hanging down from the trees in the garden creating a romantic atmosphere. The garden also has large fans which both cool the diners and keep the mosquitoes away. Live and unobtrusive music is provided by musicians playing traditional Thai instruments at the far end of the garden by the fish pond.

Cabbages & Condoms has an extensive mid-priced menu. Expect to pay around 800 THB per person with drinks and more if you order wine with your meal. The dishes served here are traditional Thai dishes often with a creative twist on the standard recipe. Most of the dishes work very well and are more lightly spiced than those served in standard Thai restaurants which better suits the palate of Western diners. Mien Khum is one of the dishes that we recommend that you try at Cabbages & Cabbages. Mien Khum has various ingredients which you wrap in a betel nut leaf and add a sweet sauce to. This is a very popular dish in Thailand but not one that you will find in many restaurants except for Cabbages & Condoms.