By train the journey from Bang Saphan Yai to Bangkok is scheduled take from 7 to 9 hours depending upon which train you take.

There are 9 trains a day from Bang Saphan Yai to Bangkok.

Use the Search Box below to buy your train tickets from Bang Saphan Yai to Bangkok:

Train #40 is our recommended train service on this journey. Train #40 is a 3 all air-conditioned carriage sprinter train, leaving just after lunch time and completing the journey in under 6 hours. Travelling by Train #40 from Bang Saphan Yai to Bangkok is the only train service which allows you avoid an early morning start or waiting around at the train station until late in the evening waiting for your train.

It costs 250 THB extra to buy a ticket from Bang Saphan Yai to Bangkok online through the Search Box above than it does to buy the same ticket at a train station in Thailand.

The advantage of paying extra to book online is that you can secure a seat on the train of your choice on the day you want to travel which is important if you have fixed travel dates and onward travel connections, particularly international flights out of Bangkok. Bang Saphan Yai is located on the busy Southern Railway Line which passes through Surat Thani (connection point for ferry services from Koh Samui and Koh Phangan) and Chumphon (connection point for ferry services from the popular island of Koh Tao) before reaching Bang Saphan Yai. At popular times of the year if you don’t book in advance all the 1st and 2nd Class seats will be full by the time the train reaches Bang Saphan Yai. 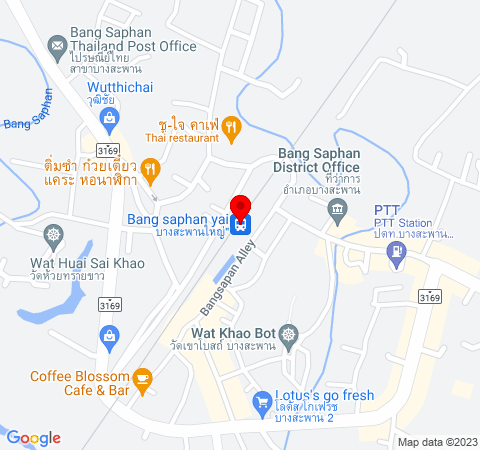 Popular Areas to visit in Bangkok

The five most popular areas for visitors to Bangkok are China Town, Rattanakosin Island, Siam Square, Silom and Sukumvit: