By train the journey from Ban Krut to Hat Yai takes from around 8 to 11 hours depending upon the train you take and any delays on the railway line. We recommend booking a sleeper berth if you plan on doing this journey on one of the overnight train services.

There are 3 daily train services from Ban Krut to Hat Yai.

Use the Search Box below to buy your train tickets from Ban Krut to Hat Yai:

It costs between 31 THB and 103 THB extra to buy a ticket online for the Ban Krut to Hat Yai route through the Search Box above than it does to buy a ticket at the train station.

The advantage of paying more to book online is that you can guarantee the availability of the seat type you want on the train that is most convenient for you. This is particularly important if your trip coincides with one of one of Thailand’s frequent public holidays when train services can become very busy. 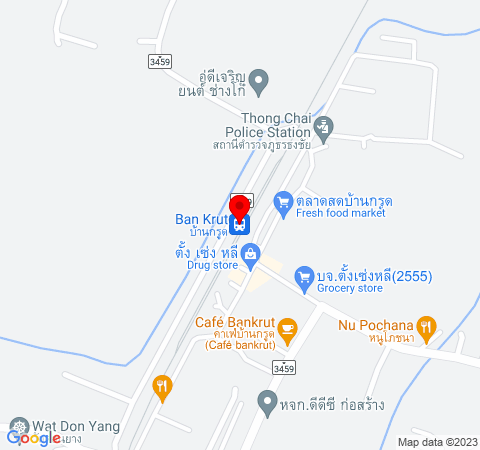 As well as being a major city, Hat Yai is also the main transport hub for the lower part of Southern Thailand. Hat Yai is a popular destination in its own right for visitors from Malaysia, however, most visitors from Europe and North America only ever come to Hat Yai on route to other destinations. The main destination for people transiting through Hat Yai is Malaysia and there are several ways to travel overland from Hat Yai to Malaysia:

Hat Yai is also a good access point for visiting islands in the lower South of Thailand which are on the West Coast some distance from Krabi and Phuket. There are services which depart direct from Hat Yai Railway Station which are fast and convenient options for overland travel to some of Thailand’s most beautiful islands. For more information see the links below: