If you want to travel overland to Koh Lanta then the best way to do it is to take a train to Surat Thani and then one of the joint bus and ferry services which takes passengers all the way to the main town in Koh Lanta. Travelling overnight in a sleeper train is a lot more comfortable than taking the very long bus journey from Bangkok to Koh Lanta.

Travel by Train from Bangkok to Surat Thani

Travel by Bus from Surat Thani to Koh Lanta 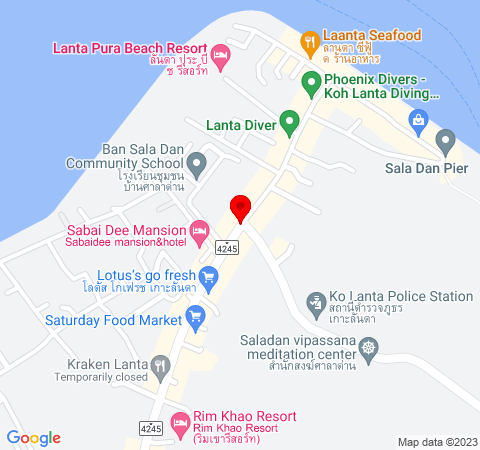 Koh Lanta is one of the best destinations for people seeking a relaxed place to enjoy a beach side break in Thailand. Unlike Koh Phi Phi, Phuket or Koh Samui, Koh Lanta has a low density of hotels, bars, restaurants and shops. There are no big towns, no busy ‘strips’ with rows of late night bars, and no packed beaches. Even in the height of the tourist season the busiest parts of Koh Lanta seem quiet in comparison to Ao Nang or Patong beaches. Koh Lanta is good value for money as well. For these reasons Koh Lanta attracts a lot of families and well informed backpackers.

Koh Lanta is a cluster of islands. The largest island, Koh Lanta Yai, is where the vast majority of the hotels and guesthouses are located. The next sizeable island, Koh Lanta Noi, is largely covered in forests and attracts few tourists other than on boat tours around the mangrove forests. An experience we recommend trying.

Koh Lanta Yai is approximately 30 km long. At the top end of the island is the main town of Ban Saladan which is where the island’s long distance ferry pier is located and the drop off point for many bus and minivan services to Koh Lanta, which travel on the car ferry from the mainland which is a 1 km from the north side of Koh Lanta Noi. The western side of Koh Lanta is almost all beaches broken up by headlands. As you travel south from Ban Saladan the beaches become less busy and less developed, with some of the Southern beaches having no resorts on them.

The eastern side of Koh Lanta Yai, by comparison, has no beaches and very few hotels or guesthouses. What it does have, however, is some of the island’s older communities. Koh Lanta Old Town, on the east coast, used to be the island’s main commercial centre before tourism became the major local industry. The small Old Town area features lots of historical wooden buildings originally used as shops or private dwellings many of which have now been converted into restaurants, bars and souvenir shops. Koh Lanta Old Town is an interesting place to visit during a stay on the island.