There are two routes for train travel from Bangkok to Malaysia. On the first route Thailand train services go as far as the border town of Padang Besar. Malaysian train services run from Padang Besar to Butterworth Railway Station near the island of Penang on the West Coast of the Malay peninsula. Trains on the other route terminate at Sungai Kolok railway station, which is 2 km from the border with Malaysia, near the East Coast of Malaysia.

This is the route to take if you are heading to Penang, or for onward travel to Kuala Lumpur or Singapore. Thai and Malaysian passport control is located inside Padang Besar Railway Station.

Use the Search Form below to buy your train tickets from Bangkok to Padang Besar for travel to Penang.

Only one per day from Hua Lamphong railway station in Bangkok.

Butterworth is on the mainland of the Malay peninsula. To get to Penang either take the car ferry, which departs from a pier at the rear of Butterworth railway station, or take a taxi over the bridge connecting Butterworth to Penang.

For onward travel to Kuala Lumpur, and other destinations in Malaysia either take another train, or turn left as you leave the train station and go across the car park to get to Butterworth bus terminal. 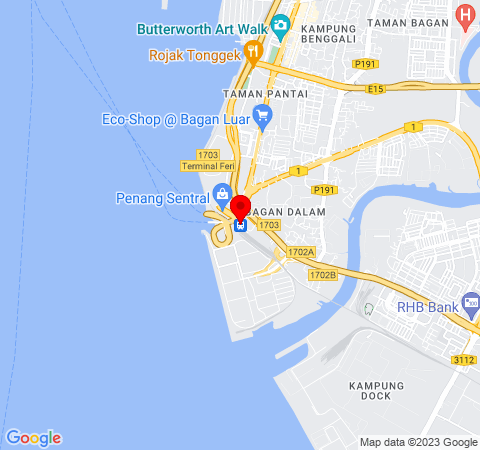 Use the Search Form below to buy your train tickets from Bangkok to Sungai Kolok for travel to Kota Bharu.

There are two trains per day to Sungai Kolok departing from Hua Lamphong railway station in Bangkok. 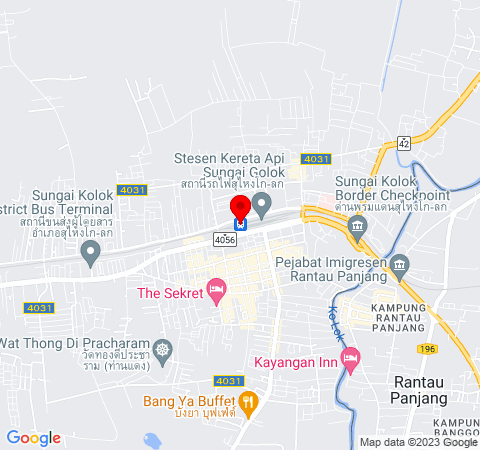