About the Bangkok to Cambodia Railway Line

We visited the border in October 2018 to check up on the progress of the Bangkok to Phnom Penh railway line and we are pleased to announce that the finishing touches are being put to the line, and train stations on route, and  the first train services from Thailand to Cambodia since the 1970s should commence operation in 2021.

The train line from Bangkok to the border with Cambodia is fully functional, although the line comes to abrupt halt at the border. As you can see in the picture above, there is currently a metal barrier on the train track at the border.

Behind these metal barriers a new border train station is currently under construction. On the Cambodian side of the border in Poipet there is a 400 metre stretch where the train tracks still need to be installed. The area where the tracks will go has been cleared and there are trenches in the ground where the track will go running all the way from border to the start of the operational section of the line from the border to Phnom Penh.

To travel from Aranyrpathet Railway Station to the Thailand-Cambodia border we recommend that you take a tuk-tuk, which should cost 80 to 100 THB. There are always plenty of tuk-tuks waiting outside Aranyaprathet Railway Station. Once you have crossed over the border it’s an easy 850 metre walk to Poipet Railway.

The Poipet to Phnom Penh railway is currently undergoing major refurbishment by Royal Railways in attempt to speed up train travel. Whilst the work is going on train services only run once a week from Poipet to Phnom Penh with a very early morning departure. Once the work has been complete the frequency of the services will increase with departure times later in the morning.

Use the Search Box below to buy travel tickets from Bangkok to Phnom Penh:

Whilst work to connect Aranyaprathet to Poipet, and refurbishment work to the Cambodia railway line from Poipet to Phnom Penh, is taking place we recommend that you take a direct bus service from Bangkok to Phnom Penh, or fly, both of which you can book through the Search Box above. At the moment only a very small number of dedicated train enthusiasts are choosing to travel by train for the whole journey from Bangkok to Phnom Penh, which involves spending a night in a hotel in Poipet on route to allow them to get to Poipet Railway Station in time for the Tuesday train departing at 06:30. 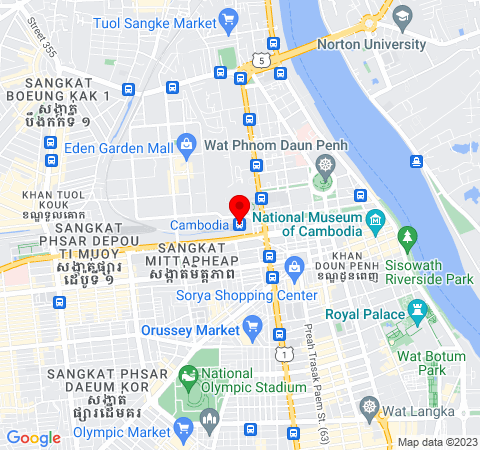