The best way to travel overland from Bangkok to Phuket is to take an overnight sleeper train to Surat Thani and then a direct bus service to Phuket. Bus services to Phuket depart in the morning from outside the front of Surat Thani Railway Station.

Train from Bangkok to Surat Thani

Bus from Surat Thani to Phuket

Location of the Phuket Bus Stop 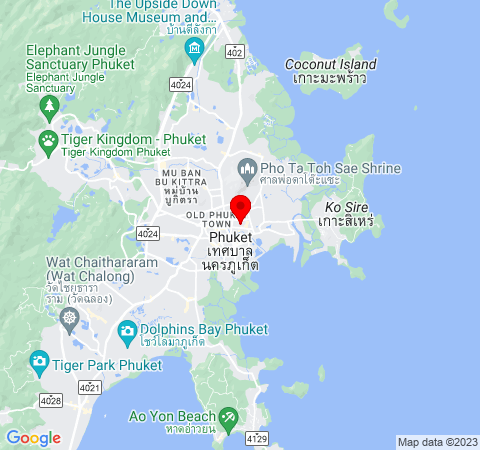 About Travel to Phuket

When you arrive in Surat Thani you need to go to the car park in front of the station. The car park is located to the left hand side of the ticket hall as you leave the train. There are several cafes (such as Wut Travel) on this car park. Wait there and a Phantip Travel representative will be there to guide you to the bus.

The bus trip from Surat Thani Railway Station to Phuket takes 4 hours 30 minutes. For most of the journey you travel along a well maintained two lane highway with pleasant views on route, with a 30 minute rest stop halfway through the journey at a roadside restaurant. The point of arrival in Phuket is Phuket Bus Terminal 1, which is in the centre of Phuket Town. Phuket Town is an interesting place with lots of historical buildings and some very good cheap hotels, such as the excellent Rome Place. There are also inexpensive shared taxi and minivans from Phuket Bus Terminal 1 to local destinations, such as Patong Beach, running frequently throughout the day.