By train the journey from Si Sa Ket to Bangkok is scheduled to take from 7 to 10 hours depending upon which train you take.

There are 6 trains a day which travel direct from Si Sa Ket to Bangkok.

Use the Search Box below to buy your train tickets from Si Sa Ket to Bangkok.

Train tickets booked online through the Search Box above are 250 to 300 THB more expensive than those bought at the train station.

The advantage of paying extra to buy your train ticket online in advance of the day of travel is that you can guarantee your seat. Sleeper berths and tickets on fast trains often sell out before the day of travel particularly around the time of public holidays in Thailand when Thai people are returning home to spend time with their families.

About Travel from Si Sa Ket to Bangkok

The best day time train to book on this route are Train #22, which is a three carriage sprinter train with comfortable seats in an air-conditioned carriage. Food and drink brought to your seat is included in the ticket price. For overnight travel from Sisaket to Bangkok the best train to take is Train #24 which uses the most modern of the train carriages operating on Thailand’s Railway System. These new train carriages first went into operation on this route in November 2016 and are still in very good condition. For a cheaper sleeper berth then book a 2nd Fan Sleeper on Train #140 departing 21:24 which is 35% cheaper than a Sleeper berth on Train #24.

Alternatively, if comfort and speed of travel are less important to you than enjoying the train journey we recommend that you consider getting up early to take Train #72 at 06:24 or Train #136 at 08:04. You rarely need to book a ticket in advance for either of these train services, just turn up at the station and buy your 3rd class seat before you the train arrives. The advantage of taking either of these two trains is that they are only trains which travel on the scenic stretch of the railway line between Nakhon Ratchasima and Ayutthaya during daylight hours. This part of the North Eastern passes by Lumtakong Lake before ascending through the mountainous area between Pak Chong and Saraburi passing the majestic hilltop Buddha of Wat Phrathat Charoentham temple. 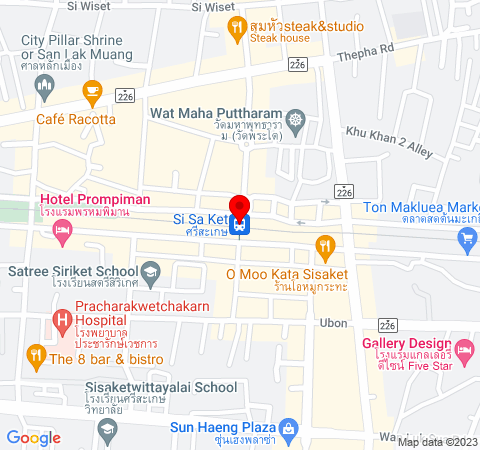