The journey by train from Surat Thani to Prachuap Khiri Khan is scheduled to take from 5 to 6 hours depending upon which train you take.

Use the Search Box below to buy your train tickets from Surat Thani to Prachuap Khiri Khan:

For travel between Surat Thani and Prachuap Khiri Khan booking a train ticket online is 50 to 100 THB more expensive than buying a ticket at a train station in Thailand.

Trains from Surat Thani to Prachuap Khiri Khan continue on to Bangkok and therefore are very busy particuarly during the tourist high season from December through to October each year, and extremely busy during Thai public holidays. We recommend booking in advance if you want to travel in an air-conditioned carriage as these seat types normally sell out before the day of travel. 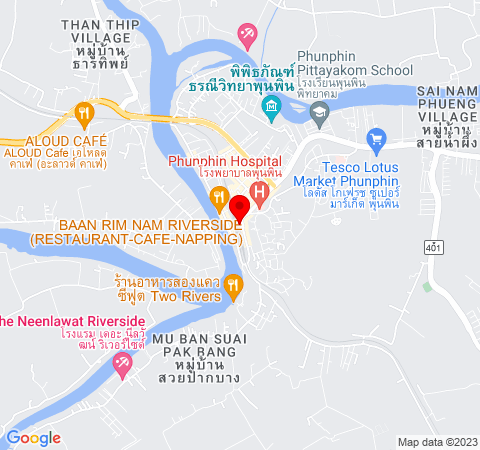 About Travel to Prachuap Khiri Khan

Prachuap Khiri Khan is a small seaside town with around 30,000 permanent residents located about 100 km to the south of Hua Hin. Prachuap Khiri Khan is one of Thailand’s less well known resort towns, which is popular with Thai tourists partly because its less busy than other better coastal destinations such as Hua Hin and Pattaya, and partly because the town has its own unique features. Prahcuap Khiri Khan is also very good value for money, with inexpensive hotels close to the sea and relatively cheap seafood restaurants on the seafront Chai Talay Road.

Prachuap Khiri Khan’s very pretty railway station is within walking distance of the town centre, although if you have children or lots of luggage you might well want to make use of the tuk-tuks that wait by the train station.

The major tourist attraction in Prachuap Khiri Khan is the hill top temple within the grounds of Wat Thammikaram Worawihan. The only way to reach the temple is to walk up the 418 steps to the top. This hill top temple, which is small, is often referred to as Monkey Temple, is home to a large group of wild macaque monkeys. As visitors ascend the staircase leading to the temple they will pass by large numbers of monkeys who aren’t dangerous except if you make the mistake of bringing food with you. The view from the top of the hill is excellent and well worth the tiring walk to the top.

There is no beach in the centre of Prachuap Khiri Khan town itself. The closest swimming and sun bathing beach is Ao Manao Beach, 4 km to the south. Ao Manao Beach is within the grounds of an airforce base. Visitors are free to use the beach although they need to show photo ID to gain access. Ao Manao has very cheap sun oungers for rent and lots of reasonably priced food and drink vendors. It’s a good beach and one which is popular with Thai visitors.